Interesting historical review of 20th century occultism practiced by the secular establishment. I knew that the CIA and KGB conducted paranormal tests on their victims. North provides a bit more documentation than do others.  The running thesis is that occultism is simply the latest stage of humanism:  it is the promise that men shall be as gods.  North explains that many of these New Age techniques seek to do an end-run around man as created being.  For the godly man, time is not evil.  It is limited and under the curse, but it also provides the conditions for planning for the future and building wealth. 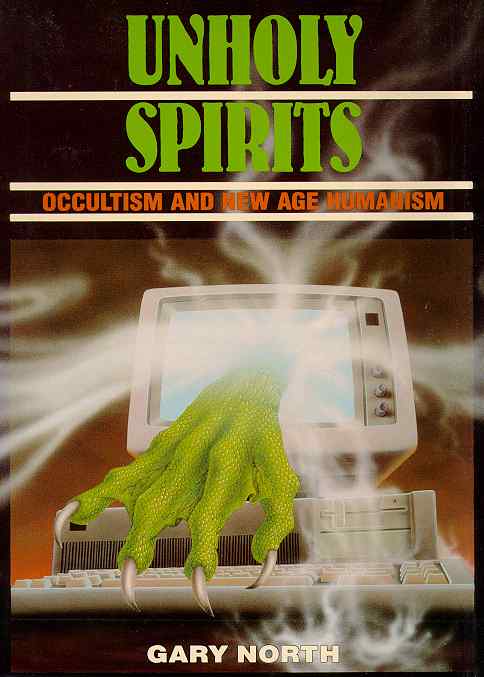 Societies that reject this worldview cannot progress. North writes: “It is a fact that only by means of Western science has a centuries-long period of constant improvement of skills, equipment, and treatment been maintained. Scientific progress, which was originally grounded on the Christian ideas of providence, progress, and the subduing of the earth to the glory of a pre-eminently rational and personal God, was exponentially increased by the social and intellectual aftermath of the Reformation.  The idea that men can increase their control over nature by an ever-increasing division of labor, including intellectual labor, is at the heart of Western progress (247).

Conclusion: By personalizing the techniques of healing, primitive societies have in principle abandoned the idea of medical, economic, or any other kind of progress through more impersonal organizations of human talent (248).

Much of the book is dated but the general idea is sound.  In fact, it’s a very well-written book.  It narrates and evaluates “testimonies” (giving the book an anecdotal feel at times).  We end with this urgent call:

“The fact that Western man counts the cost accurately, i.e., can calculate the weight of each burden, enables him to reduce the burden through effective planning, discipline, and above all, capital formation. The socialist or communist, who affirms the religion of the occult – that the limits of scarcity are not natural, but are man-created – is less rational, cannot calculate economically, and threatens economic productivity whenever he takes over the reigns of political power (348)

Interests include patristics, the role of the soul in the human person, analytic theology, Reformed Scholasticism, Medievalism, Substance Metaphysics
View all posts by J. B. Aitken →
This entry was posted in Book Review, Cults, Occult and tagged gary north, new age. Bookmark the permalink.