This is an abridgement of his works on Origen and Medieval exegesis–but don’t let that turn you off. In many ways, this book is much the superior, especially when compared with the latter. It relies on footnotes, not endnotes, and de Lubac’s choice of chapters focuses more on exposition than name-dropping. Further, most of the Latin is translated into English within the text, rather than being relegated to footnotes. 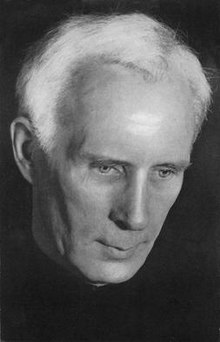 What does the title, Scripture in the Tradition, actually mean? It’s easier to point out what de Lubac is not addressing. He isn’t addressing Protestant vs Roman Catholic/Orthodox polemics on authority. Nor does he get into controversies surrounding liturgy, Marian prayers, and other things placed under the label “tradition.” Rather, he points us back to Jesus. For de Lubac there is one source of revelation, the Incarnate Christ (xvi).

Allegory is a passage from a moment of things under the shadow of law to things under the light of grace. It posits a qualitative difference. While de Lubac doesn’t mention it, in many ways allegory functions like Hegel’s “aufheben,” raising up, sublating a lower concept to a higher one. He notes that the reality “follows upon another, replaces it and assumes it…while at the same time surpassing it and superseding it” (166). Indeed, de Lubac argues that the relationship between OT and NT is one of “dialectical movement” (180). Of course, we do not think de Lubac (or Augustine) was a Hegelian.

This book is clearly superior to his other treatments of exegesis. The citations are kept to a minimum, allowing the thesis to reveal itself. The last chapter is the most important and is quite stirring. Should you buy this book? If you are new to de Lubac, buy this book instead of his Medieval Exegesis. If you have read his works on Medieval Exegesis and Origen, this won’t tell you anything new.

Interests include patristics, the role of the soul in the human person, analytic theology, Reformed Scholasticism, Medievalism, Substance Metaphysics
View all posts by J. B. Aitken →
This entry was posted in Book Review and tagged henri de lubac, nouvelle theologie, tradition. Bookmark the permalink.