What is the Christian Response to Cultural marxism? While everyone is morally obligated to fight a war to the death against the Frankfurt School, that doesn’t mean every effort is equally good.  Most, in fact, are not. Walsh’s book is a mixed bag.  He is a professional music critic and when he sticks to that topic, his analyses are always erudite and occasionally insightful.  When he gets into biblical and philosophical issues, he is in trouble.  I will say it another way: he has no clue what he is talking about.

Thesis: the West faces a war against the morality of the epic of Genesis vs. the neo-Marxist cult of critical theory.

Throughout the narrative Walsh will interweave Genesis (which he doesn’t necessarily think is real; he might, but his language is ambiguous), Goethe’s Faust, and Milton to illustrate the satanic seduction. I guess there is a way that can work, but the reader often loses sight of the thesis in the minute discussions of Faust.  Further, Goethe’s own private embodied the very sexual dissolution that Walsh rejects.

~“And yet, paradoxically, it is her transgression…that makes her, and us, fully human” (19).  I thought it was because God created us human.  Further, Jesus didn’t have any transgressions, yet he is fully (though not merely) human.  Even more, we won’t have transgressions in heaven, yet presumably we will be human.

~Misreads Hegel as a simple thesis/antithesis/synthesis (23, 25).

~”There is no predestination, only free will” (162).  But even Arminians know the word is in the Bible, so there is at least one form of predestination. 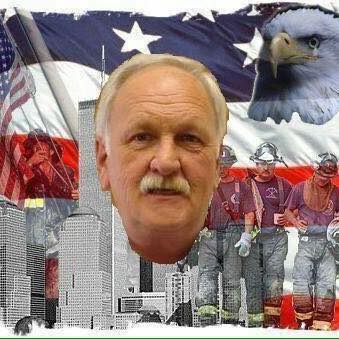 This is the legendary Lloyd America Johnsonius from Facebook

Says Bush failed to stand up to Vladimir Putin.

I think this is factually false, as the US engineered the anti-Putin elections in Ukraine in 2004, which resulted in the ousting of Yanukovych.  Further, Bush recognized the heroin/Mafia-state of Kosovo to allow the pipelining of cocaine, heroin, and prostitutes into the West. I think Bush opposed Putin quite often.

Occasionally neat observations, like where Parcival observes “time become space.” He has a decent analysis of The Eternal Feminine in Faust–none of which actually adds to his argument.

*Good section on Wilhem Reich and the sexual revolution.

* He anticipates meme warfare by noting the Left cannot tolerate being scorned.

The style is just….bad. And that’s strange given the plethora of literary references.  It reads like a “good ole boy conservative blog” without any of the Southern charm.

If this book were a focus on the musical decadence of the Frankfurt School, it would have been a welcome contribution.  It should have been 100 pages shorter.   As it is, the disconnected analyses on biblical literature, philosophy, and music detract from the scope of the book.

The book also was heavy on loaded language.  True, Critical Theory and Cultural Marxism are demonic and satanic.  True, Herbert Marcuse was a demon in human flesh, but using the epithet “satanic” in every paragraph burdens the reader.

Interests include patristics, the role of the soul in the human person, analytic theology, Reformed Scholasticism, Medievalism, Substance Metaphysics
View all posts by J. B. Aitken →
This entry was posted in Book Review, politics and tagged cultural marxism, frankfurt school. Bookmark the permalink.