Bringing the nous into the heart

This is from John Mcguckin’s The Path of Christianity: The First Thousand Years, pp. 862-869.  It is very difficult for many people to approach the ancient fathers on prayer.  For some, it looks too much like Buddhism.  And for many activists theologians, it doesn’t make sense to do hesychasm when you can be lobbying on Capitol Hill.  Nevertheless, the “stillness” model rests upon a particularly sophisticated anthropology, one that can help us in our technological age.  Indeed, one that can counter (with God’s help) deep state monarch programming. 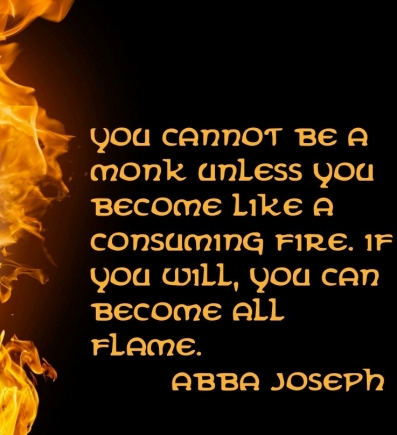 Have you ever prayed and felt dead?  Like the prayer wasn’t real?  Maybe it’s because you carried into prayer the mindset you had when you were watching the Kardashians ten minutes ago.  The Fathers teach us how to develop a mindset for prayer.  This mindset is important because it prevents us from having a “fractured psyche.”  Jay Dyer quotes Strategopoulos , noting,

” the human nous (the “eye of the heart”) will see God’s uncreated Light (and feel God’s uncreated love and beauty, at which point the nous will start the unceasing prayer of the heart) and become illuminated, allowing the person to become an orthodox theologian….

“They became vain in their reasonings, speculations”. Please pay attention to the choice of words. Almost always, especially in the New Testament, the term (“dialogismos” in the original Greek) is used in a negative sense. When He is about to heal the paralytic, Christ is aware that people “are reasoning within themselves” (Mark 2:6). So Christ says: “Why are you reasoning about these things in your hearts?” You see, the word in the Greek text is not “logismos” (thought, contemplation), it is “dia-logismos”, i.e. fragmented, scattered thinking: The fragmentation of the nous. You might as well apply this knowledge when you are confronted with cults, heresies and similar issues, [considering that the same word is used today for “meditation”]. There is a direct link. Reasoning, speculation [of a fragmented nous]: terms which are always used in a negative sense in the Holy Scripture. Thus, man ends up in a state of ignorance, although he is created with a predisposition towards God, with a nous that is meant to turn to God for help: “Love the Lord your God”. This is faith, the movement towards God, and it is something that we have overlooked….

St Gregory of Sinai clearly states that forgetfulness of God is a disease of the soul and of the faculty of reason. It has a direct impact on human memory, which ends up divided, diffused and fragmented, a prey to tempting thoughts. If I forget God, my memory will crumble into pieces, resulting in scattered, wayward thinking: “Dia-logismos”.

Now, on to McGuckin: “The heart is the inner place where the creature stood before God” (Path 865).  Heart isn’t quite the same thing as nous.

So how does this apply to prayer?  Where does the doctrine cash out?  The fathers practiced the monologistos prayer.  It was a short phrase from Scripture that was repeated over and over until it soaked the consciousness (870).  That sounds like it violates Jesus’s command not to pray over and over like the heathen, but several things need to be noted:

McGuckin notes the effect of this practice, “Charging and reorienting the human  consciousness, focusing it, as it were, like a lens on the singleness of the idea of the presence of God” (871).  The ancients knew that our minds wonder during prayer.  This trained us to begin the struggle of prayer.

The Anthropology of Prayer

We have a body (physical impulses), soul (feelings and desires), and nous (spiritual intellect). If the body was agitated, the other two “ranges” of consciousness would be pulled down as well (871).  Therefore, the monks knew that bodily needs are controlled by redirection.

That takes care of the body.  What about the soul?  Our prayer lives are usually by default rooted in our soul (consciousness).  This is where we live habitually. The monologistos prayer quiets down our soul. McGuckin succinctly points out, “Thoughts generate thoughts.  Words make words.  Monologistos prayer kills those unnecessary words” (872).

When the soul is finally quieted, the nous descends to the heart and one reaches stillness. This is what the hesychasts knew.  You aren’t just doing funny breathing.  At this point when you slow down the breathing, your body calms even more.

Everyone wants to claim that the human person is a body-soul unity, or some kind of unity.  I think it is the genius of Palamas to see how the person is a unity.  There is a dynamic interplay between body, soul, and nous.

And while I think Fr John Romanides overshoots his target, there is at least an aspect of “healing the nous” in theology.

Fragmentation of the Psyche and the Nous

The Fragmented Psyche, The Nous & The Osiris Complex- Jay Dyer (Half)

The Ghost in the Machine and Mass Mind Control

6 Responses to Bringing the nous into the heart