Covenantal Relations in the Trinity

One of the Reformed Thomist criticisms of Kuyper, Vos, etc., is that they posited covenantal relations in the Trinity.  And this is bad because of Hegel or something.  I want to do two things: actually see what they say and see what Scripture says. And perhaps note why Reformed Thomists resist this point so much. 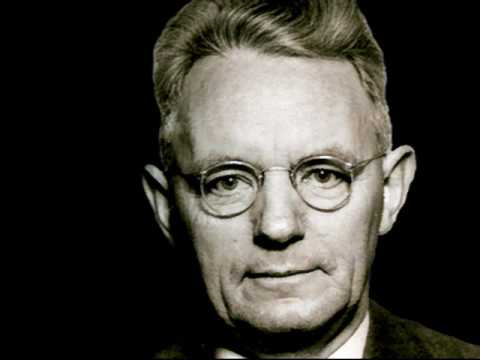 We always come back to him for some reason

By way of prep reading I recommend Ralph Smith’s website.

First of all, what is a covenant?  Answering this question is a nightmare, but we can give it a try:

From the beginning of God’s disclosures to men in terms of covenant we find a unity of conception which is to the effect that a divine covenant is a sovereign administration of grace and of promise. It is not compact or contract or agreement that provides the constitutive or governing idea but that of dispensation in the sense of disposition…. And when we remember that covenant is not only bestowment of grace, not only oath-bound promise, but also relationship with God in that which is the crown and goal of the whole process of religion, namely, union and communion with God, we discover again that the new covenant brings this relationship also to the highest level of achievement. At the centre of covenant revelation as its constant refrain is the assurance ‘I will be your God, and ye shall be my people’. The new covenant does not differ from the earlier covenants because it inaugurates this peculiar intimacy. It differs simply because it brings to the ripest and richest fruition the relationship epitomized in that promise. [Emphasis added.]

So we can at least get the term “relationship” derived from it.  Following Van Til I argue (Or posit) that the relationships between the persons of the Trinity is covenantal:

Let’s take Jesus’s words in John 17: “Now, Father, glorify Me together with Yourself, with the glory which I had with You before the world was” (This is often taken to prove the divine oneness of the Trinity, but I don’t think that is the point of this passage).  That Jesus is using covenantal relation language is evident from verse 11:  that they may be one even as We are.  Jesus isn’t asking the Father that we have the same divine nature as they do.  Rather, it is that we have the same covenantal relation in unity.

If the idea of the covenant with regard to man and among men can only occur in its  ectypical form, and if its archetypical original is found in the divine economy, then it
cannot have its deepest ground in the pactum salutis that has its motive in the fall of
man. For in that case it would not belong to the divine economy as such, but would be introduced in it rather incidentally and change the essential relations of the Three
Persons in the divine Essence (quoted in Hoeksema 295).

I think Kuyper is saying something like the following:

If Father, Son, and Spirit do not relate to one another in covenant essentially in their fundamental intratrinitarian fellowship, why should the contemplation of man’s fall and redemption introduce something new and different in their relationship? And how should we think of God as the unchangeable God, if intratrinitarian relationships have been fundamentally and essentially changed in the pactum salutis? (Smith 23).

Mutual Exhaustion in the Covenant

Van Til said the members of the covenant mutually exhaust the scheme.  Granted, there probably is a better way to say it, but I think it is worth unpacking.  Smith writes,

First, the covenant idea, he says, is nothing but the representative principle applied to all of reality. This makes the whole creation covenantal in the nature of the case. God does not enter into a covenant with man after creating him, for man is created as God’s image. Man is God’s representative and therefore a covenantal being from the first. The same is true in a general way for the rest of creation, since all the creation is a revelation of God, representing Him in a secondary sense. As Van Til says, the representative idea must be applied to all reality.

I think what CVT is saying is that when God creates, he creates covenantally.  It is a representational principle, but who is representing what?  CVT doesn’t specifically state it, but the covenantal relation in the Trinity is being represented. Smith again,

Second, Van Til sees the source of this representative, which is to say, covenantal
principle in the eternal relations of the persons of the Trinity. The covenant in God is not merely a covenant between Father and Son, nor is it merely an agreement entered into for the sake of the salvation of the world. To quote again one sentence from the previous paragraph: “the Trinity exists in the form of a mutually exhaustive representation of the three Persons that constitute it.”

In this sentence Van Til clearly defines the eternal, internal relations of the Persons of the Trinity as representational and therefore covenantal.

In conclusion, Van Til:

Why do Reformed Thomists get up in arms about this?  My guess is that a covenantal ontology really doesn’t mesh with Thomism.  It’s hard to square covenant with the idea that relations = persons, for then the covenantal relations between the persons would also be persons.

5 Responses to Covenantal Relations in the Trinity