3 Views on the Rapture

Though the book is dated (pre-wrath has replaced mid-tribulationism), it remains valuable for a number of reasons.  Reiter’s essay on the development of American premillennialism is worth the price of the book. Many have a tendency to lump all premils as rednecks who are looking for the Red Heifer.  But what Reiter shows is that early premillennials were aware of difficulties in the system, and they tried to fix them. 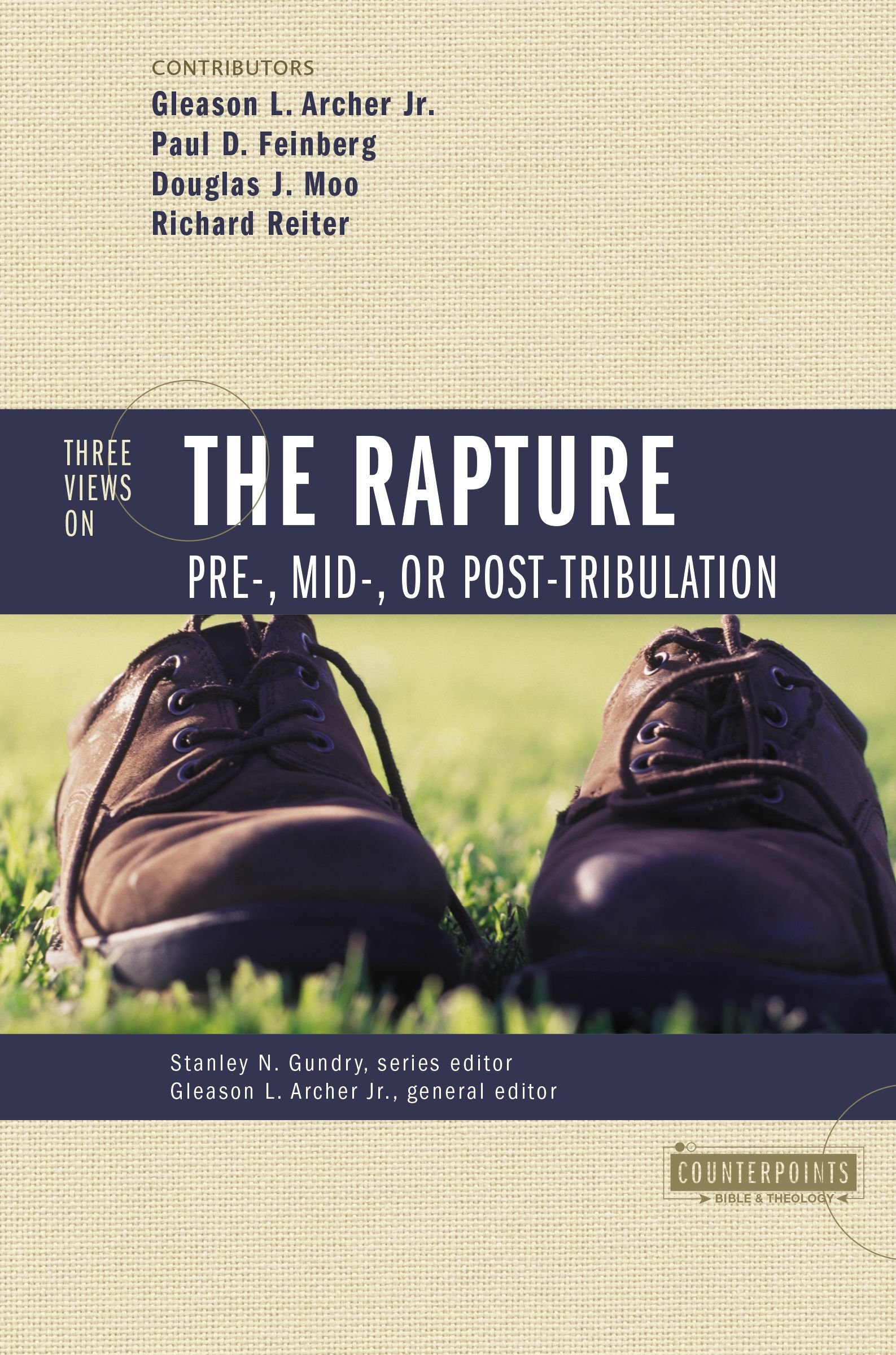 Feinberg gives the standard pre-tribulational argument. Key argument: God has not only exempted the church from God’s wrath, but from the season of God’s wrath (Feinberg 58, 63). Feinberg’s key argument is that Revelation 3:10 means that God will keep the church out of the tribulation.

The most fatal argument is that the martyred saints in Revelation 6 are asking God when his wrath will begin?  This implies it hasn’t happened yet. Therefore, the time of Tribulation is not totally a time of wrath.

Feinberg admits that the Day of the Lord referred to in 2 Thess. 2:3-4 does not start until the middle of the week (Feinberg 61). This is very close to pre-wrath.

Douglas Moo gives the post-trib argument, and since it is relatively familiar to American evangelicals, I will focus on Gleason Archer’s mid-tribulational view.  It never gained much ground and has since been replaced by pre-wrath.

The Case for the Mid-Seventieth Week Rapture

The rapture will precede the second advent of Christ. So far that sounds like pre-trib, but there are a few differences.  Archer places the rapture in the middle of Daniel’s 70th week.

Rider on the White Horse in Revelation 19.  This is the big weakness of post-tribulationism.  Where do these saints come from (Archer 120). These saints appear to have already been “clothed” (2 Cor. 5:2; 1 John 3:2).

Two phases of the Parousia (cf. response to Moo, 213ff).  There is no hint of apocalyptic struggle in the primary rapture passage (1 Thess. 4:13-18). In verse 14 it says “God will bring with him those who have fallen asleep through (dia) Christ Jesus.” Those who have died in Christ will not be raised until the rapture (214). They will not accompany the Lord in his descent without their resurrected bodies.

So who won?  Not really anyone.  Feinberg made a few good points, but his church/israel dichotomy hamstrung his whole project.  Moo’s responses were fairly good but post-trib is just so complex that I can’t follow him. Archer’s placing the rapture midway through the 70th week is interesting, if a bit arbitrary.  I think Alan Kurschner’s recent teaching on pre-wrath holds more promise.