This might be a series of essays in honor of Alvin Plantinga, but few of the essays have anything to do with Plantinga.  Some are extremely technical and it’s not always clear what is going on. Nevertheless, there are a few fine pieces. Zimmerman’s account of simple foreknowledge, Stump’s Thomistic view of the atonement, Peter Van Inwagen’s “Causation and the Mental,” and Wolterstorff’s fun “Then, Al, and Now.” 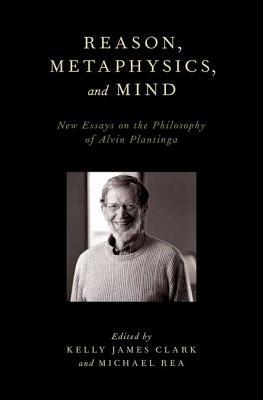 Molinism starts off interestingly enough, but the discussion takes a strange turn over the

Plantingian middle knowledge: God knows what free creatures might do in circumstances that would never be actual (5).

Stump contrasts the Anselmian account of the atonement with the Thomist one.  She says the Anselmian falters because his account, due to its objectivity, cannot address past shame. So what if Jesus died for my sins if others don’t want to associate with me?  Well, she doesn’t say it that crassly and to be fair, that might not even be her position. She might mean something like, “Yeah, the sin problem is taken care of but not the life part.”

In response, EJ Coffman points out that Christ’s work also deals with the effects of interpersonal shame. In any case, Stump’s account isn’t all that convincing.

The whole essay was kind of odd.  PVI did do a fine job surveying problems in phenomenology of mind (cf Jaegwon Kim).

Molinism: contingently true conditionals about what every possible individual will, or would freely do in each circumstance (175).  There are “conditionals of freedom” (CF)

Simple foreknowledge view: affirms libertarian foreknowledge yet rejects Molinism. The main difficulty with this is that God has no more control over the future than what one would find in Open Theism.

Difficulties the Libertarian (or LFW) faces:

The most pressing difficulty with simple foreknowledge is what Zimmerman calls “The Metaphysical Principle:”

He avoids this fallacy by comparing God to a “time traveler.”   I am not sure this really helps his argument.

Nicholas Wolterstorff gives a semi-autobiograpical account of his and Al’s grad-school years together.  But humor aside, Wolterstorff explains how analytic philosophy has developed in the 20th century, and how bold Plantinga’s project really was.

The book is expensive and not every essay is equally good.

Interests include patristics, the role of the soul in the human person, analytic theology, Reformed Scholasticism, Medievalism, Substance Metaphysics
View all posts by J. B. Aitken →
This entry was posted in Book Review, Philosophy and tagged alvin plantinga, externalism, metaphysics, reformed epistemology. Bookmark the permalink.