This is the best mature Evangelical treatment on the subject. Conservative evangelicalism faces a schizophrenia on this topic. On one hand, they know that the demonic and occultic exist because the Bible says so and modern experience is becoming almost overwhelming. On the other hand, they tend to write this off as charismatic kookiness and with the view that spiritual gifts have ceased today, they really don’t know what to make of this indisputable phenomenon. 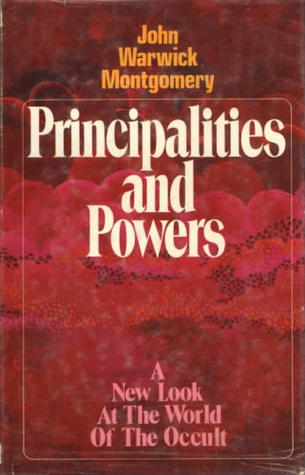 Montgomery approaches with a relatively open mind. He resists the urge to write off all of the paranormal as demonic. He introduces a key distinction: we must separate the fact from the interpretation of that fact. He also points out where individuals find themselves with ESP-like abilities in situations that are neither angelic nor demonic.

He does move his analysis into the occult, however. He gives a brilliant summary of the history of occultism and Cabalism. He has a fascinating analysis of how to interpret “ghosts” (for lack of a better word). All the while he remains faithful to biblical revelation on the afterlife.

He ends with a humorous, if quite interesting, fictional short story of a liberal minister who becomes convinced of the demonic.