Summary of argument (80).  Because only a small percentage of UFOs are extraordinary, the rest are intentional hoaxes or natural phenomena.   The language of UFO discourse is obtus, perhaps deliberately so. 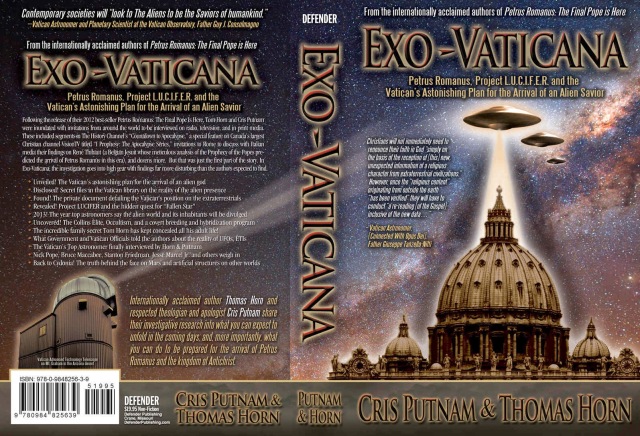 To clarify, the authors are not arguing that extra-terrestrials are real.  The scientific evidence against life on other planets is overwhelming.  Rather, the UFO sightings are neither weather balloons (per the government) nor ET.  They are spiritual in nature, yet not immaterial.

The argument is thus:

The authors do a decent job with Heiser’s divine council worldview.  I won’t go into it here. They also draw upon Hugh Ross’s works dealing with aliens and the possibility of other dimensions.

There is a good, albeit speculative section on transhumanism.  They document their material quite well.

So what about the Vatican?  Okay, the Vatican has a satellite in Arizona dedicated to looking for alien messiahs.  It’s Jesuits, so what else do you expect?

The book was somewhat poorly edited and I caught a number of typos.