The Day the earth stands still (Gilbert and Peck)

More people believe in UFOs than in God.  Rather, more people believe in UFOs than in the traditional understanding of God. That is why there is an urgent need for Christians to give thoughtful, kind, yet firm responses to the UFO movement.  Sadly, most Christian responses are about as robust as the star children at Roswell. Derek Gilbert and Josh Peck help remedy this situation. 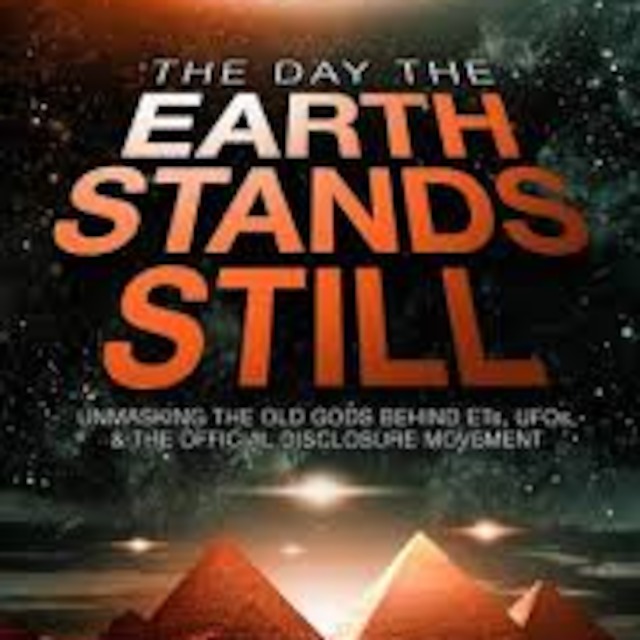 While the book has the same “feel” as Gilbert’s earlier Satan’s Psy-ops, it is less exegetical and more of a commentary on current events–at least at first. The later chapters are a gold mine of resources in response to Crowley, Jack Parsons (Scientology!), and H.P. Lovecraft.   In fact, we should spend some time on Lovecraft and Crowley.

While Lovecraft was a materialist, his fiction provided the grounds for later horror thinkers.  Here is where it gets spooky. Lovecraft wrote “The Call of Cthulhu” in 1927, with much of the action taking place in New Orleans. His characters call forth Cthulhu in an orgiastic celebration.  At the exact same time, with no prior knowledge, Crowley summons a demon named “Tutulu” or “Kutulu.” He wrote this on November 1, 1907, the exact time as Lovecraft’s story (44-45).

We’ll come back to Lovecraft.

One of the authors’ theses is that Science Fiction provided a vehicle to communicate “ET” ideas to the larger culture.

A creepy episode is when members of America’s “9 Ruling Families” channeled a space demon.  I’ll explain. Andrija Puharich was a para-psychologist with connections to US government and various foundations.  He created a think tank whose members included Aldous Huxley and Henry Wallace, FDR’s Vice-President and a 32nd degree Freemason.  On New Year’s Even in 1952 Puharich contacted a Hindu channeler, Dr D. G. Vinod, who conducted a seance and made contact with an entity calling itself “The Nine” (82).

It gets weirder. Vinod had brought a statue of a monkey god named Hanoumn.

I only mention this because the elite of American life believe this stuff, believe they have contacted entities (probably what St Paul called archons).

The authors spend a lot of time on John Podesta’s wikileaks.  While Podesta is one of the creepiest humans on the planet, I don’t think there is a smoking gun regarding ETs.  He did push for ET disclosure under Obama, but as he was moving into the Clinton orbit that wasn’t important for him.  There are a lot of emails to Podesta on disclosure, but very few from him.

The man is slick.  Think about it. We know the sumbitch is guilty on Pizzagate, yet he never faced judgment. Let’s be blunt: we aren’t going to get him on aliens.

The victory of creation is connected with the quelling of the waters.  This is relevant today since occultists follow the doctrine of “order out of chaos,” but not Yahweh’s order.

Leviathan and Behemoth in the End Time

Are Evangelicals and Extraterrestrials Compatible?

Much of this chapter is a synthesis of Heiser’s writings on the Nephilim. The authors are flexible, though.  They lean towards the idea that the different ET “races” are likely demonic and/or fallen angels.

If aliens are demons, couldn’t one argue that at least some aliens are angels?  Peck and Gilbert give a very interesting response to this. When mal’akim appear to man in Scripture, they always appear in humanoid form.  This rules out alien “races” such as Nordics, reptilians, and greys. While Nordics appear human, they never do what angels do. Angels don’t do probes and abductions!

(When Ezekiel sees the cherubim they are in the typical cherubic form: partly beast, four faces, etc.  This gives evidence that Cherubim aren’t really angels in the sense that we use the term).

* The gods were tasked with hard work, so they created humans to do it.

* humans aren’t image-bearers of these gods (which is probably a good thing).

* No evidence that there is anything beyond matter.

* According to the myths, the gods behave the same way as humans.

* The Anunnaki made some bloodlines superior.  Think of the racial implications.

* These aliens are creator-masters, not brothers.

* Unlike the bible, no one is destined to be kings.

Criticisms:  There were some editing problems.  The usual typos. In one appendix the author (Peck, I think) referenced Psalm 8 when he mentioned Proverbs 8.