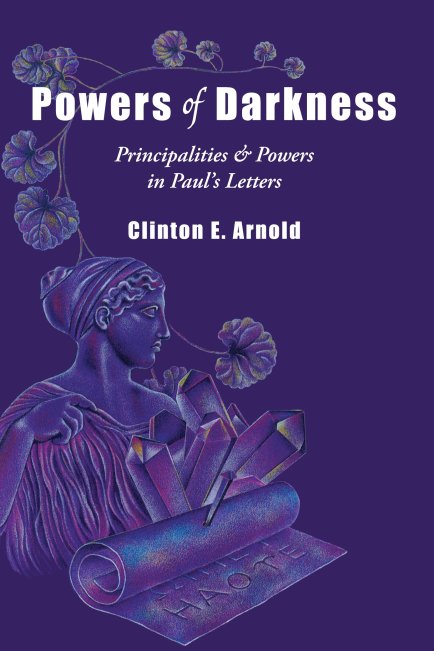 In many ways this is a shortened version of his dissertation. But it can also function as a supernaturalist, evangelical response to the then (and now) current leftist evangelical fascination with “powers-talk.” It also documents how conservative evangelicals, thanks to some Charismatic influences, are taking the Bible seriously on principalities and powers.

The Stoichea
Arnold follows the RSV/NEB/TEV in reading the elemental spirits as personal beings, and not as abstract elements (Arnold 53). This seems to be the correct reading because it echoes Galatians 3-4 in seeing them as guardian tutors.

He has an excellent section on Judaism. I say excellent in general, for I will push back on some parts. He notes that Jews did have categories for the “demonic,” even if they weren’t as explicit as in New Testament times. This is true, but scholarship has since shed more light on this. Take Deut. 32:16-17. Most translations read something like, “They sacrificed to demons.”

By itself this isn’t too problematic, but it leads Arnold to draw some conclusions that are in tension with the rest of his work. Arnold writes, “Biblical writers attributed no real, independent existence to these deities. Instead they called them idols” (56). I know what he is wanting to do. He wants to safeguard against henotheism, and I commend that. But if he calls these entities demons, then he is forced to admit that they do have some kind of existence.

Sure, Zeus doesn’t exist. But I don’t see what exactly is gained by saying Zeus doesn’t exist, but the demonic presence behind Zeus does exist. But is that even what the text says in Hebrew? It says they sacrified to “shedim.” This is a territorial guardian spirit whose Akkadian root word connects it to the underworld. This doesn’t refute Arnold’s analysis, but it makes it much richer.

And while Arnold does posit some sort of pre-creation angelic fall, he realizes that the Old Testament never really says that. It posits Satan’s falling, to be sure, if only by implication.

Paul and the Powers

Fairly standard NT theology material here. Examines Paul’s use of “powers-language” and makes clear that gnosticism was not involved.

There has been a tendency in recent theology to equate the powers with socio-economic structures. Earlier theology would have seen the powers as influencing these structures but never identifying the two. He incorporates Paul’s use of “in Christ” language to negate any perceived need for a young believer to go towards angelic intermediaries, power-intermediaries, etc.

Hilariously, Wink commits the “illegitimate totality transfer fallacy” by arguing “that one term can be made to represent all the uses” (quoted in Arnold 199).

The book ends with practical guidelines for spiritual warfare today. He understands that belief in “Powers” and “spirits” today bothers Christians, even professed conservative ones. And he doesn’t back down. The bold believer is one who affirms the reality of shedim, powers, demons, etc., and is willing to engage them in spiritual warfare.