Darwin on the Trial (Phillip Johnson) 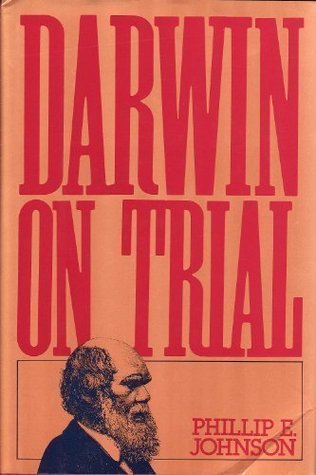 “The very persons who insist upon keeping religion and science separate are eager to use their science as a basis for pronouncements about religion” (Johnson 8).

Natural selection is a tautology.  It predicts the fittest organisms will produce the most offspring, “and it describes the fittest organisms as the ones that produce the most offspring” (20). To be fair, there are deductive arguments for natural selection, and Johnson lists one on p.23, but even those arguments don’t establish whether an organism will change into another organism.

Darwin wanted to avoid anything that looked like a “sudden jump” from one species to another, and for obvious reasons.  Any such jump looks a lot like a specific creation. But that raises another difficulty: it’s hard to see how some variations in an organism (a wing or an eye) can function incrementally.  Contra Dawkins, 5% of an eye does not equal 5% more vision. “Many complex parts must be working together” (34).

So we see the problem: there must be intermediaries in the chain, but the fossil record is mostly absent of any such intermediaries.  Birds and bats appear in the record fully developed.

The Problem of the Fossil Record

Like pagan Greek philosophy, evolution needs a chain of being with intermediaries between species.  The problem is simple: there are very few examples of such intermediaries. But Darwin’s problem is deeper than that: it’s not so much the absence of transitional fossils, but that the record is supposed to be mainly transitional fossils (again, see chain-of-being ontology).  Yet that’s what we do not have.

Neo-Darwinists have given several responses to this problem:

“Punctuated equilibrium:” the problem here is that it makes the process of change nearly invisible (61).

“Saltationism.” A middle ground between creationism and evolution

The next few chapters deal with molecular biology and vertebrates.  This wasn’t Johnson’s strong suit. The material isn’t wrong, per se, but it has been surpassed on both sides.

The final section of the book is where Johnson shines.  He brings his legal analysis into more worldview areas. Get the naturalists to own up to the metaphysical implications of their system.  Let’s end by revisiting the Arkansas court case, which ruled that “creation science” is illegitimate. Real science, by contrast, is the following:

(2) It has to be explained by reference to natural law

It’s clear that the judge who issued this ruling was clueless about science and philosophy.  These are easily rebuttable.

~1. Indeed, that is the very thing under discussion.  What constitutes natural law?

~3. This is nice in theory but laughably false in reality.  Tentatively suggest that Naturalism can’t explain the origin of life and you will see how “tentative” these conclusions are.

~4. Exactly.  The fossil record falsifies Darwin, as he himself feared.

This isn’t the final word in the debate.  Much of it is dated and has been surpassed on both sides.  Still, it is an important opening shot in the ID debate.

Interests include patristics, the role of the soul in the human person, analytic theology, Reformed Scholasticism, Medievalism, Substance Metaphysics
View all posts by J. B. Aitken →
This entry was posted in Apologetics, Book Review, Philosophy and tagged darwin, intelligent design, naturalism, phillip johnson. Bookmark the permalink.