Zizioulas: Being as Communion 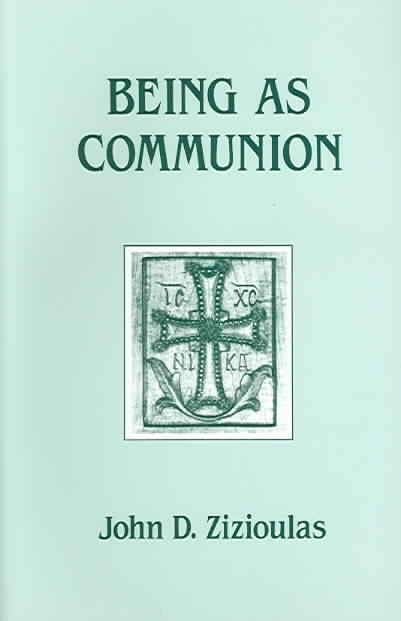 If I criticized Western models of the Trinity in the last post, I am going to push back against some fashionable Eastern models in this one.

Zizzy notes that ancient Greek thought maintained a diversity in spite of apparent unity (29). Therefore, there could never be a unique “person” since everything reduced to the One. Christianity would come along and identify the hypostasis with the prosopon. In other words, the ancient teaching could now differentiate between person and nature. Person is no longer a category of being, but the hypostasis of a being. Person constitutes being (39).

The person of the Father is the ontological principle of God’s existence (40). The hypostasis of the Father grounds the “being” of God. This forces ontology into a “relational category” (this is quite interesting given that modern physics has also moved into relational categories; see Polkinghorne, Trinity and Entanglement).

While “hypostasis” and “ousia” technically mean the same thing (or at least overlap)–anyway, before St Basil—several things have happened that prevent a neat identification. Hypostasis now has a relational dimension, and Athanasios rejected the distinction between primary and secondary substance (85 n. 61).

The Greeks were perceptive enough to know that history is in the realm of decay (2nd Law of Thermodynamics). Their reticence to history was not due to “gnostic otherworldliness,” but to common sense. If Truth is timeless and eternal, how can it interact with the changing realm of history?

St Maximos the Confessor was the one to solve this riddle. He did so by allowing for “truth” in the movement of being (e.g., history). He proposed to see the world as genesis–>kinesis–>stasis. Thus, history is provisional but it is also meaningful: it now possesses an “end.” The truth of history is identifiable with creation, and both are moving towards the future.

This is only a thumbnail sketch. The rest of the book deals with ecclesiological issues that are probably more relevant for Orthodox seminarians

Zizioulas thinks the Fathers saw person simply in relational contexts.  Is this true?  Lucian Turcescu’s argues that it is not. The simple reason is Gregory of Nyssa had no qualms about defining a person as individual. Both Basil and Gregory, perhaps drawing upon Porphyry, saw ‘Peter’ and ‘Job’ “as unique collections of properties” (Turcescu 530). Gregory says that Job is “this man,” going so far as to write “a person (hypostasis) is also the concourse of the peculiar characteristics” (Difference between ousia and hypostasis; I understand this might have been written by Basil, but Turcescu seems to think Gregory wrote it).

Priority of the Father and the Sovereignty-Aseity Conviction

The Person of the Father is the supreme category (Zizioulas 18).

Can the Father’s radical freedom allow him to choose a world in which evil is praiseworthy (McCall 198)?

(3) Persons exist only in communion (BAC)

McCall spells out the above contradiction

(4) Persons exist only in communion (BAC)

(6) Therefore, the Father exists only in a communion.

Lucian Turcescu’s “‘Person’ versus ‘Individual,’ and other Modern Misreadings of Gregory of Nyssa.” Modern Theology 18:4 October 2002.

McCall, Thomas.  Which Trinity? Whose Monotheism?

2 Responses to Zizioulas: Being as Communion