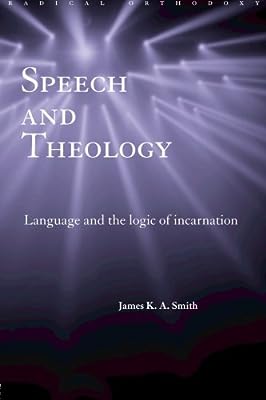 This is the old Jamie Smith, before he went full-blown NPR.  This book is quite brilliant, actually.  I fully endorse it.

Phenomenology:  I am no longer concerned with the thing, but how the thing appears to me.  We are concerned with experience. Three things arise: 1) consciousness is characterized by intentionality–every experience of consciousness has an intended object.  It aims at something. 2) constitutionality–whenever I experience data–raw data–it has to be “put together” to make sense (Van Til’s no brute facts?); 3) This constitution happens within the horizons of perceptions; I put together the “raw data” relative to my own horizons of experience.  Basically committed to immanence–the subjective horizons of the ego.

violence:  making the Other play roles in which he no longer recognizes himself.

How to avoid not speaking

The violence of concepts and the possibility of theology

In modernity the concept becomes a means of dominating and seizure (5).  Absolute knowledge erases differance.

“If the object of theoretical articulation is in some way radically exterior to language (God, differance, pretheoretical experience), then every unveiling of it in language will fail to produce the object” (6).

“concepts” make claims to totalization.  In modernity one who has the concept of “a thing” has the thing.  Concept is domination.  Knowledge is knowledge only insofar as it “seizes” the thing and has complete certainty.

Phenom. denies alterity, reduces all to the constituting ego.

The concept, though, can never fully grasp “the other.”

the tools of phenom. description are always at a loss with “the other” (Gxd, differance, etc).

Is mysticism a form of idolatry, in that it closes the space of separation and difference in its quest for union (identity)?

Phenomenology and Transcendence: Genealogy of a Challenge

Could there be a reverse reduction towards the transcendent, instead of reducing the transcendent to the ego?  Reduction of givenness? Instead of a phenomenology’s ego-constituting experience, it would rather constitute the ego.

First Reduction:  The Possibility of Transcendent Knowledge in Husserl

Does not deny existence; only brackets it (21).

Violence of Immanence: The French Critique

Husserl and Heidegger had privileged immanence over transcendence.  If the phenomenon has to appear within these horizons of knowing, it can never give itself from itself.  Marion suggests, rather, reducing it to pure givenness and opening the space for revelation.

The Same and the Other: Levinas

In modernity the phenomena is conditioned by the finitude of the knower. For Kant this was the formal conditions of knowing.  For Leibniz it was the principle of Sufficient Reason.

The violence of the concept: revisited

The only way for the transcendent to appear is for it to take the properties of phenomena.

Facticity: texture of everyday life; incommensurate with theoretical description; certain immediacy in which the subject is not yet distinguished from the object.

We can’t bracket away life experiences from theoretical.

Can phenomenology deal with the pre-theoretical?

Facticity (again): the subject is “embedded” in its world rather than sharply distinct from object.

Problem:  does it make sense to speak of pre-theoretical experience, since the experience can’t be put in conceptual terms? How do you express subjectivity without becoming “objective?”  Perhaps one can make a distinction b/t concepts that objectify entities and those that indicate.

Praise and Confession: How (not) to speak in Augustine

Signs are words; things are other than words

Smith and Augustine say words are not things (114), but in Hebrew debar also means thing

Aug. does allow that words can become things when understood iconically (123).

interior transcendence: self (also unbridgeable to the Other); metaphor is of depth, not height

Praise bridges the verbal gap. Does not reduce god to concept, but maintains his alterity (128).

signs which point to other signs

signs which indicate rei which themselves are not signs

Those which point to things (instrumentals)

Spoken words are not the only signs (gestures, written words)

Augustine has come to two apparently contradictory conclusions:  a) nothing is taught w/o signs; b) nothing is learned through signs (a sign is not perceived as a sign until the thing it signifies is known).  The sign is structurally inadequate and the thing is transcendent to it (and thus the incommensurability).

The word “points” to something but it does not “present” it.

Signs are dialectical: they both appear and point beyond the appearance

Augustine does move away from estrangement ontology–God descends to us, not our rising to God

Platonism can’t see a descent of transcendence to us.

Forms do not condescend to particulars.

If praise says something about God, is it not still predicative?

Can truth be learned?  No, per Plato, it can only be recollected.  Truth on this account is timeless and cannot enter the particularities of history.

Platonism as a theologia gloria.

Writing as image of speech (cf Derrida on mediation and signs)

But even speech is mediated at the origin

images are appearances; “fall from being”

Logic of Incarnation is a logic of don-nation, of giving (receiving from the outside).

Observations:  Jean-Luc Marion seems to remain within the ontology of estrangement

Grace perfects/completes nature = revealed theology (eucharist?) completes phenomenology. This might correlate with jlm’s emphasis on the icon (points beyond).

Criticism: Smith’s solution to the problem is simple enough: God must condescend to us and in order to maintain the bounds of phenomenology, must meet us as phenomenon.  Easy enough and no argument here.  Something bugs me, though, in that he seems to think that God needs a mediating concept.  Not saying that is wrong, but..

1 Response to James K A Smith: Speech and Theology (Review)