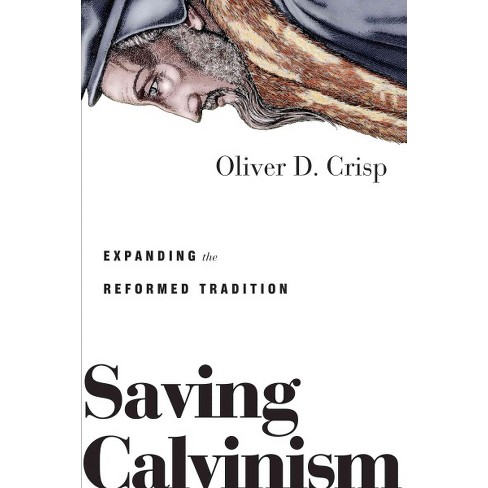 The Reformed theological tradition is like inheriting a large, albeit old house.  It has many rooms and in these rooms are old treasures. The Young, Restless, and Reformed movement, however, decided that only a few rooms are worth inhabiting.  So begins Oliver Crisp in a short read that explores other dimensions of Reformed theology.

This book is quite light.  It won’t convince any Arminians, and most Reformed readers will be disappointed that some arguments aren’t pursued further. However, Crisp cogently and succinctly outlines a number of options and provides bibliographies at the end of each chapter.

Before we think about election, whether we believe in it or not, Crisp warns us not to impose temporal concepts back into eternity.  There was no literal “moment” where God decided to elect, since a moment connotes time, and time hadn’t yet been created. Maybe “intentions” is a better word (though probably still inadequate). It seems we are thrust back onto something like Boethius’s model.

Perhaps there is another way.  Athanasius spoke of Christ as the subject of election (Discourse against Arians, Book 2.75-77), and one could link that with Athanasius’s speaking of Christ as the Father’s willing, and then link that back to the decree to elect.  It bears reflection, though Crisp doesn’t point out that option.

In any case, the point of Jesus isn’t the decretum absolutum, or the hidden God, but the fullness of God dwelling in him and reconciling all things to himself (Col. 1:19-20)

In his section on Free Will Crisp explores the different ways Jonathan Edwards and John Girardeau developed free will.  Edwards’ view is fairly well-known, so we will focus on Girardeau’s. Crisp notes, “There are situations in which fallen human beings have the power of contrary choice” (Crisp 77). Crisp criticizes Edwards’ view because it seems to make God the direct author of sin.  While Girardeau’s view is more palatable, it is conceptual ambiguous. It is quite possible that God ordains some actions but they aren’t determined by him (79). That’s very interesting, though Crisp doesn’t give any examples.

It seems odd that there should be a chapter on universalism in a book on Calvinism.  Fear not. Crisp doesn’t affirm it. He uses it as a foil for a “hopeful Christian particularism.”  This position affirms the doctrine of hell and that God-in-Christ saves (or will save) a particular number of humanity.  It just asserts, along with WGT Shedd, that this number is quite large.

He doesn’t actually attack limited atonement.  He summarizes other models and shows problems with all.  I’ll focus on several:

Nonpenal substitution: originally propounded by J. Macleod Campbell and popuarlized by the Torrance clan. According to this view, “Christ offered up a perfect act of penitence on behalf of fallen human beings” (120; see Hebrews 5:7-10).

Hypothetical universalism; draws on the sufficient/efficient distinction of Peter Lombard. The atonement is powerful enough to save all, yet only the elect are saved.  Seems right so far. Crisp gives the example of a medical team going to a village to innoculate them against a terrible disease. The vaccine is powerful enough to save the whole village, yet only some are saved.

Crisp then lists some potential problems with this view.